Editorial: Guns in the Family 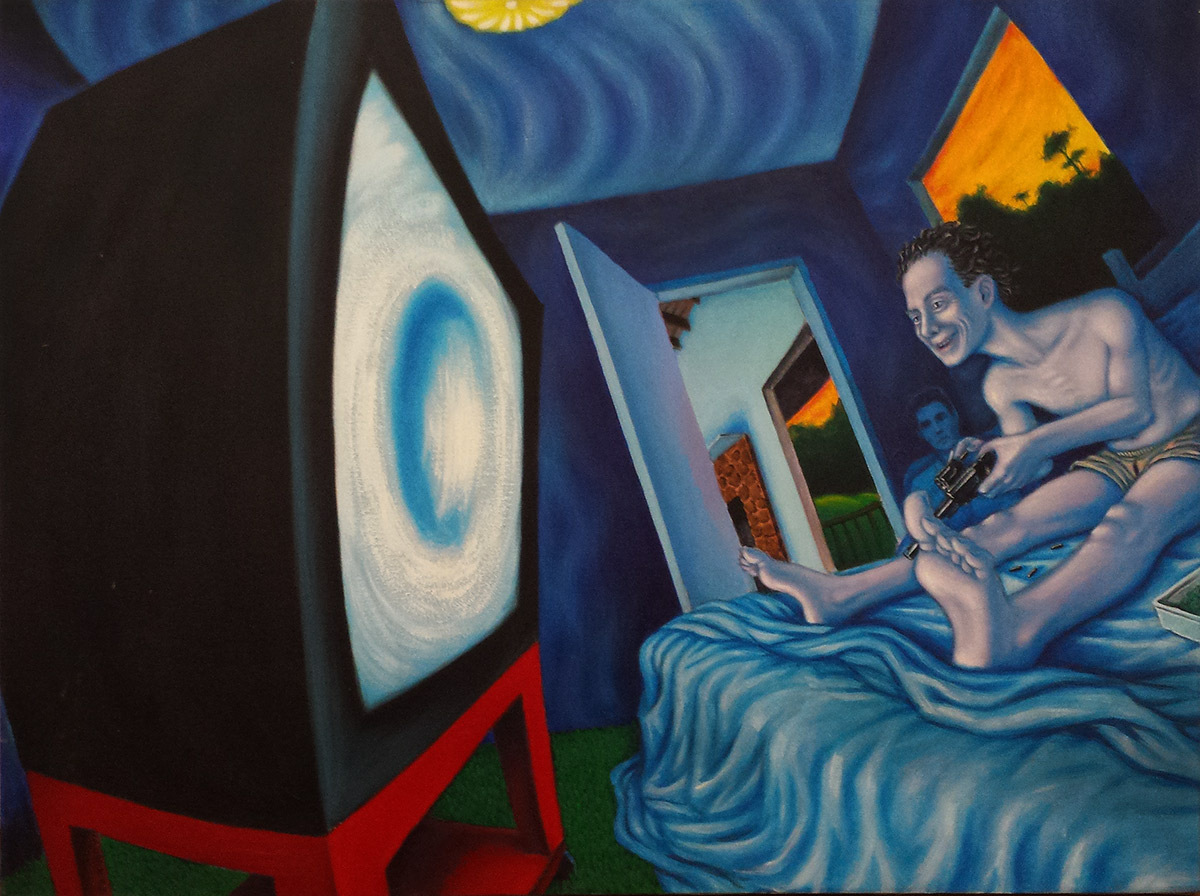 Guns in the Family .
By Jeffrey Wiener .

The joke I tell about my family is that half of us are “Rhode Scholars”, the other half “Road Kill Scholars”. My maternal uncles are great examples of the latter, being eccentric and almost “off the grid” by virtue of their hobbies and livelihoods, often involving illegal if not socially offensive activities. But my life growing up in South Florida in the 60’s was more exciting than a Huck Finn/Tom Sawyer book, because my family was cavalier about the dangers we danced through on a daily basis. The mores and social norms practiced by our neighbors never prohibited them from being the kind of characters that make for colorful stories.

As a kid, most of my weekends were spent cruising with my uncle Ian through the backroads of Florida’s wilderness looking for snakes to catch, which were then sold to pet stores for cash. The poisonous ones were sold to venom researchers. For all intents and purposes, I was a poacher in a family of poachers, raiding the natural world for animals to sell. As a 10 year old, I was often seated on the fender of my uncle’s tiny little car, a British Triumph, as we drove under the pine trees of State Road 27, with 18 wheelers flying past as we scanned the low branches for large yellow rat snakes. There was never a thought about the safety issues. Snakes are fast, and it made sense to have someone OUTSIDE the car when you spotted one of the 6 foot snakes. Guns weren’t part of our lives then. Machettes and knives were appropriate tools for this kind of hunting.

My father was more of the “Rhode Scholar” type, a smart assimilated Jew from New York, smart, handsome and affable. He had been involved in the Manhattan Project working on the development of the atomic bomb during WW2, and had a dashing and daring history during Miami’s golden years. Before Cuba fell, he was often escorting his mobster buddies to Havana and helping them clean their cash through Miami Beach’s Real Estate boom. Divorced from my mother when I was 2, he had remarried to an Israeli war hero, and we visited Israel often in the rough years after the war of ’67, when Palestinian Terrorism was at its peak.

My first look at a pistol wasn’t a dramatic experience. My father kept a small revolver at his office, which was situated on a risky portion of Biscayne Boulevard. He didn’t take it home. He never had to use it to protect himself, but I know it provided him with a sense of reassurance in an area filling with new immigrants from the Caribbean. I never touched it, and never felt the curiosity many children have for playing with guns. I had plenty of other dangerous toys to play with at home.

On the far end of the scale was my uncle George. We did not see him often when I was young. He had spent several years in prison after being arrested for transporting a truck full of Marijuana for someone who did not get caught. After he was released, he lived with my grandparents for a few years before moving deep into the woods of Florida’s west coast, miles away from civilization. I can only imagine now what this small, sweet, gentle man experienced in prison. As a 10 year old, I could tell that he was troubled, but I never inquired. His full story was kept from us. The last time I visited him, he was living in the swamps north of Orlando, in a rickety house filled with junk and cages filled with snakes. He was growing marijuana around the property and his home was a hub for local drug dealers. Nearly an invalid, and he hobbled around his property, filled with the energy of a coke addict. In his bed, which he spent a lot of time in, he kept tins of drugs, and a loaded pistol. The TV set blaring non-stop at the foot of his bed, blaring the news 24/7.

When my uncle was a very young boy, he also liked to head into the everglades with his friends. Most of Florida was a wilderness in the 40’s and 50’s. What boy could resist the temptation to go out and explore, to catch snakes and throw rocks, and to play with guns. One day, my uncle George and his best friend went into the everglades with a rifle that his friend had taken from his home. They were going to shoot at stuff, something every gun owner can appreciate. During a quiet moment along the bank of a canal, the two boys were seated next to each other. George’s friend was fiddling with the rifle, propped between his knees, when the gun fired. The young boy blew his brains out of the top of his own head. He died immediately, leaving my uncle George alone with his dead body, miles away from any help. The hours must have felt like an eternity. He never received therapy to deal with this and he never spoke about it to us. He was changed forever.

I’ve managed to modulate my own risk-taking over the years, perhaps as a counter-balance to the out-of-bounds nature of the rest of my kin. I feel no need to own a gun. I’ve never seen a situation where a gun was necessary in my life, although I’ve been told many times that there are threats around every corner. I simply can’t understand how a parent can let their child have access to a gun. I know that children are killed by their parents’ and/or neighbors’ guns all the time. In spite of these daily tragedies across our nation, members of my family embrace guns, collect guns, and argue vehemently for unregulated access to guns – for everyone and anyone. Their argument against common sense gun regulation? That guns are too easy for criminals to get anyway.

Of course, I know how easy it is to get a gun. I can simply ask a member of my family to give me one. Meanwhile, I wonder how many people with emotional scars and mental illnesses have guns in their possession. There’s something wrong with this logic.