Editorial: The Paths We Choose 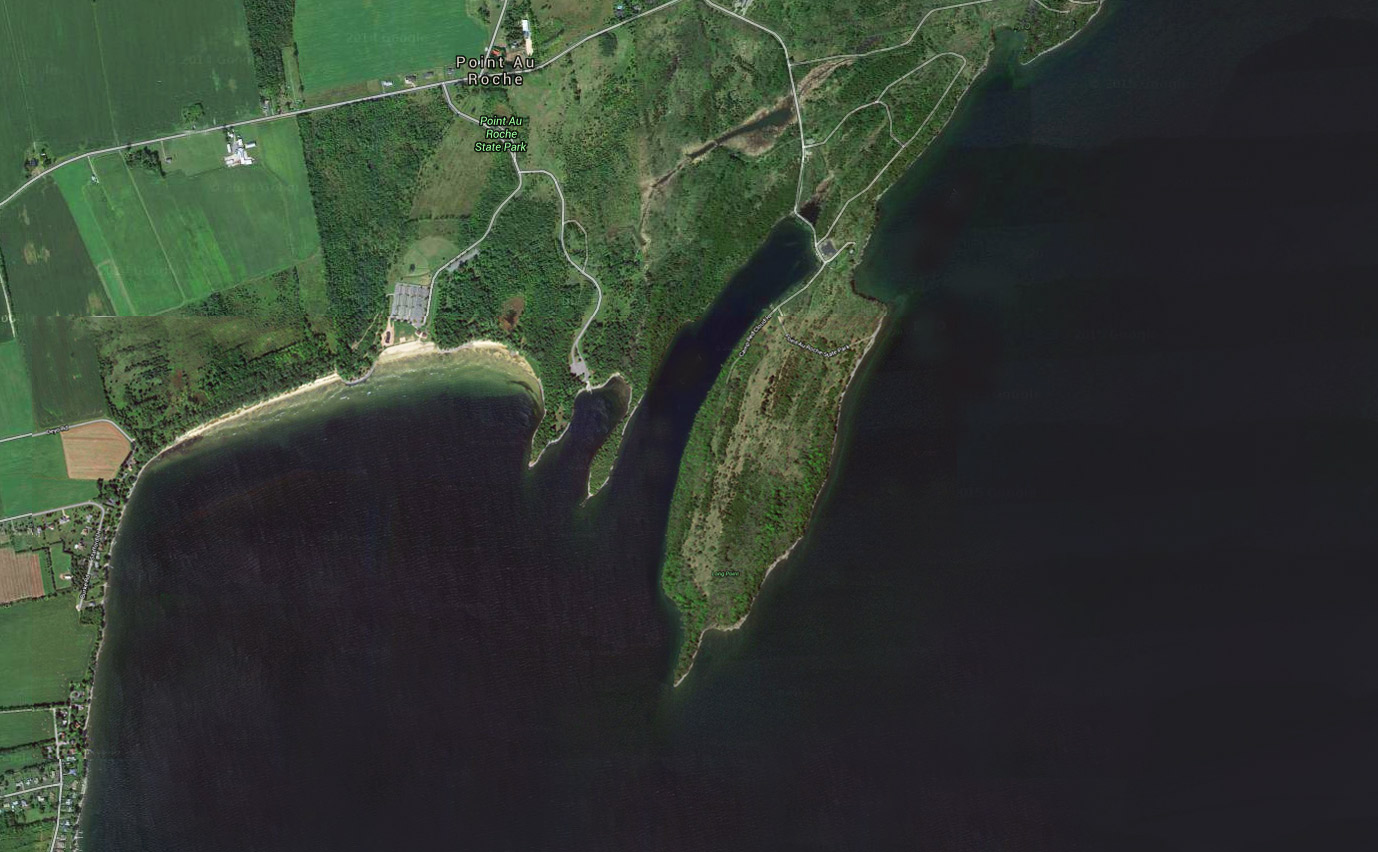 The Paths We Choose.

It was a few days before the July 4th weekend, and my fiancé Lauren and I were packing up to take her son to college orientation in Plattsburgh, New York. About 30 miles from the Canadian border, Plattsburgh sits on the shores of beautiful Lake Champlain, and is surrounded by the dramatic peaks of the Adirondack and Green mountains. Lauren and her son had two days of activities planned, and I was excited about getting some solo hiking in while they were busy indoors.

The Adirondack Mountains have always been a favorite place for me. The deep wooded forests can provide the solitude I crave, and the views from the tops of these northeastern peaks always satisfies the adventurous intrepid hikers who flock here to escape the hectic pace of the northern cities, myself included. As I surveyed the variety of local hikes online that morning, I was tempted by a 3 hour climb up a nearby rocky peak. But the route looked tough, an hour scrambling up a rock slope after sloshing through a swampy beaver pond. Since I only had 2 hours before our planned lunch back in Plattsburgh, I chose a “mild” hike on a rocky peninsula, which jutted into Lake Champlain, about 10 miles north of town. The trail would require 2 hours of brisk walking, and with only 100 feet of elevation, this seemed like an easy trek I could manage by lunch without breaking a sweat.

It was a gorgeous sunny day and the temperature was mild with a steady breeze to keep me cool. A perfect hike to do alone, where I could tune into nature and reboot my spirit. As I arrived at the trailhead, I stopped at the ranger office to chat about the trails with the attendant, a friendly elderly man who showed me the maps and natural features to visit. A network of vein-like trails would get me to the tip of the peninsula and back, through fields and dense woods, all hemmed in by a shoreline defined by steep, rocky cliffs. I inquired about the local snakes I might find, since my love for these fascinating creatures often has me scrambling on my hands and knees for a closer look and a photograph for my trophy. With my smartphone in hand and water bottle in pocket, I trotted off into the woods.

It was 10am, and I had made note that the parking lot of the trailhead was empty, and so I felt pleased that I had the entire peninsula to myself. I was completely alone, which is often how I like to hike, and usually how I like my mountain biking excursions. There’s nothing like hiking in solitude, with no humans around to interrupt the sounds of the natural world. After an hour of walking under the trees, I broke into a small clearing, a spearhead-shaped bluff of sharp rocks surrounded by choppy blue water. Before heading back, I shot a 360 degree video of myself for Facebook, to illustrate the fun I was having to the rest of the universe.

The hike back towards the trailhead took me through a wooded grove of tall trees before opening up into several lush, green fields of flowers and streams. The path was narrowed by the vegetation, and I took the time to photograph the scenery and look for snakes. My timing was perfect for arriving back at the parking lot and a short drive back to lunch with Lauren. As I approached the clearing where my car was, I noticed my chest started burning, and a tightness began to constrict my breathing. I stopped to catch my breath, a little surprised that I was winded after such a mild hike. But the break did not relieve the pressure, and I began to get a little nervous that these might be signs of cardiac distress.

I am quite familiar with cardiac disease and the symptoms of heart attacks. My father had a history of cardiac events which included a seven-coronary bypass in his fifties, and an aortic aneurism on an airplane trip of all places. He miraculously survived those events, but the experience left deep impressions on me as a young man. As a result, I had worked hard since then to maintain a healthy diet, keeping fit and exercising often, and going to a cardiologist for regular checkups and stress tests. I had no reason to suspect that like my father, I was walking around with a time-bomb in my chest. Yet here I was, I the middle of the woods, experiencing classic symptoms of the beginnings of a heart attack.

I walked slowing up the hill to the parking area, making sure to breath in valuable oxygen. There were a few cars parked, but not a soul in sight. I called out for help, but the ranger station was empty as well. Calmly, I assessed my two options. I could wait here and call for help, but I wasn’t even sure where I was. I figured it would take an ambulance 20 minutes to get here and find me. If I took the car, I could at least get to a main road, and maybe even make it back to Plattsburgh in half the time. Knowing that time was critical, and my symptoms were not going away, I decided to make a run for Plattsburgh where Lauren was waiting for me.

During a heart attack, the “golden hour” is critically important for treatment to begin. Cutting off the blood supply to one’s heart starts a chain reaction of dangerous problems. If the heart attack is addressed quickly, one can minimize damage to the heart muscles as well as the brain. Once the heart stops though, that’s the end of it, if there’s no treatment. With that in mind, I peeled out of the gravel parking area and floored it as I hit the pavement. I reached the highway within minutes and was speeding down the New York Thruway towards civilization. If a trooper saw me, I’d be thrilled to be pulled over.

I grabbed my phone and called Lauren. No answer. I called again. No answer. Then my symptoms began to increase. I could feel the arteries of my neck tightening. Then a sharp, pinching pain in my left shoulder. My mind was racing as I considered my grave situation. I called out to my father, who passed away over ten years ago. “Dad, I am ready to join you, if that’s my fate.” These were truly wild thoughts to process, as I considered that this might be how my life ends, at the side of a highway 10 miles from the Canadian border. “Have I accomplished enough as a human on planet Earth? Doesn’t matter now, does it.”, I thought to myself. Then I thought about my two boys, not even men yet. And I could not swallow the idea that they would be fatherless. So, I had decided to fight to survive.

During that 8 minute drive, my symptoms increased and the chest pain was growing stronger with each minute. Soon, I saw my exit, and I barreled into the relaxed traffic on the side streets towards the college, the only place I knew how to find without the Smartphone GPS. As I pulled into the parking lot where Lauren was, I called once more and she picked up the phone. “I think I’m having a heart attack”, I whispered. “Call 911.” I pulled up to the building, opened the car door, and crawled out onto the pavement as she and a crowd of parents spilled out to the sidewalk where I had propped myself up against a post. I was feeling light-headed, but still had the clarity to consider that falling down on the cement might just crack my skull open, adding injury to my cardiac crisis. Within minutes an ambulance arrived. They gave me nitroglycerin, which seemed to make me feel a little better, and raced me off to the hospital just 2 blocks away.

Things are fuzzy at this point, and I remember looking up to see a number of people’s faces asking me simple questions as I was wheeled into the ER. They were preparing me for a echocardiogram upstairs, seemingly sure that I was stabilized. Lauren was brought into the ER, and was seated nearby. The medical team was running about the room, and Lauren came to my side. I remember her worried face, and her telling me to relax and think about our favorite spot by the lake in Monticello. I remember telling her that I loved her – a number of times – to help her worry less. Then my heart stopped.

As it was told to me afterwards, the ER staff began CPR on me, doing chest compressions that made my body flop around like a rag doll for 15 minutes. Then they brought out the electric paddles to shock my heart back to beating. After two attempts, someone realized that the machine was not plugged in properly. The third shock worked like a charm. Once they got my heart started, they performed an angioplasty, where they fed a catheter into my femoral artery to reach the heart and treat the two main coronary arteries that were blocked at 100 and 90 percent. By sheer luck, this was performed by the regional Director of Cardiac Intervention, who just happened to stop by this hospital, right before I arrived.

I awoke an hour later in a quiet room to find a priest and a rabbi seated in front of me, along with Lauren and a handful of caring nurses. Everyone was surprised to see me. When I heard about the odds that I had beaten, I could understand why. I jokingly declined my Last Rites, and began the process of digesting what I had been through over the last few hours. Over the next three days, as I recovered my footing and my thinking process through the haze of all the medications I was taking, I observed that I was the youngest (and thinnest) patient on the floor. A sobering thought, since I had considered myself beyond such traumatic health issues. There seemed to be many lessons to glean here.

It has been three weeks since my heart attack. In a few days, I am scheduled to have two more coronary arteries treated, this time in a major hospital in New York City. Of course, I consider myself quite lucky to be writing this to you. Had I chosen a different path that morning, a hike that would have taken me to the top of a mountain, I would not be here.

I’ve considered how many places this cardiac event could have occurred: The rocky tip of that peninsula, or on one of my solo mountain bike excursions. I am conscious and thankful for the marvelous interactions we have with the Universe, most of which we are not aware of until we look back on the paths we choose. Is this how miracles are defined? Or is this part of a plan? I can’t answer these questions. Whatever the answer, I realize that I still have to choose the paths that lay before me. In the future, I will do so with more care and caution, mindful of the risks I take when I run off into the woods alone. The only thing I know with absolute certainty, is that on THAT day, I did not choose the path by myself. 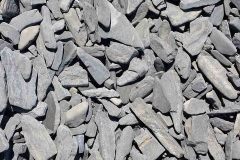 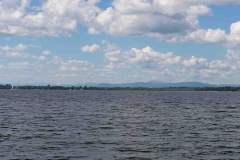 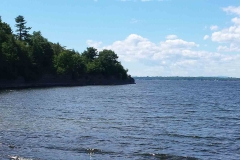 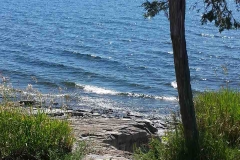 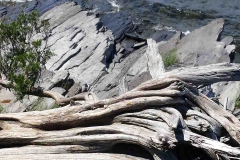 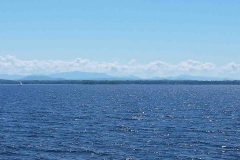 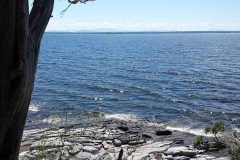 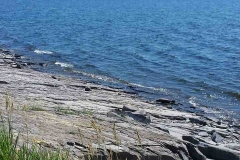 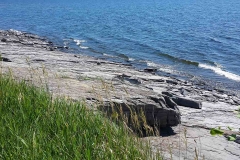 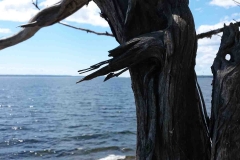 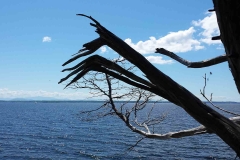 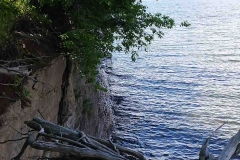 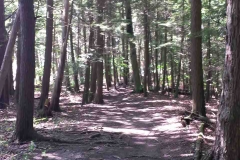 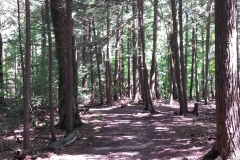 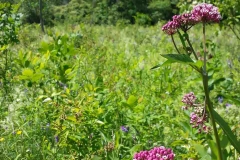 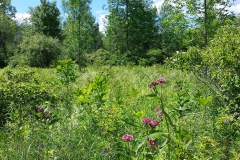 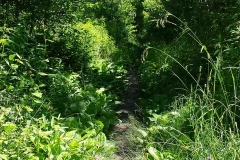 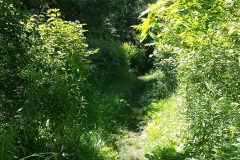 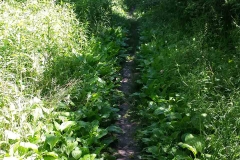